HUMAN RIGHTS AS A UNIVERSAL IDEAL: GLOBAL THREATS AND CHALLENGES

Last Friday, 27 October, the International Course: “Human Rights as a Universal Ideal: Global Threats and Challenges” ended at the UNESCO’s Villa Ocampo Observatory, in the province of Buenos Aires, Argentina.

Upon the opening of the call by the CIPDH, there were more than three hundred applications for the course, from almost fifty countries. After a careful selection process, thirty-seven participants, from twenty-six countries, were chosen based on their career and experience on the matter. Attendees were mostly government officials, international organization officials, directors of civil society organizations, researchers and scholars dedicated to human rights; and they participated, during one week, in panels and classes offered by a group of experts and teachers with experience at an international level, during the first edition of the International Course on Human Rights.

From the perspective of human rights as a universal ideal in a global world with constant threats and challenges, discussions were held on current affairs in connection with the development and progress made worldwide. In particular, the complexities related to the transitional justice and the Argentine experience on memory, truth and justice were discussed. The tension between the “global notion” and the “local or national notion” was a constant topic in the different presentations, as well as the need to strengthen the international systems for the protection of human rights.

Among the different activities offered in the course (panels, workshops and case simulation exercises), an open interview with questions from the audience was conducted with Luis Moreno Ocampo, prosecutor in the Trial of the Argentine Military Juntas and former Prosecutor of the International Criminal Court.

VISIT TO EMBLEMATIC SITES IN CONNECTION WITH HUMAN RIGHTS

For the closing of the course, participants visited some of the most emblematic sites in commemoration of the serious human rights violations that occurred during the Argentine dictatorship, such as the Space for Memory and for the Promotion and Defense of Human Rights, in the site where the Navy Mechanics School was located (former ESMA), and the Parque de la Memoria (Memory Park), where the Monumento a las Víctimas del Terrorismo de Estado (Monument to the Victims of State Terrorism) is located, in Costanera Norte, in the City of Buenos Aires, facing the Río de La Plata river. 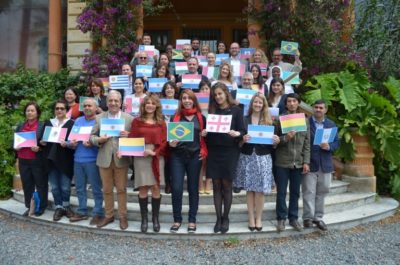 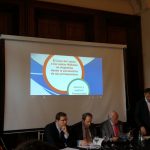 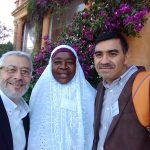 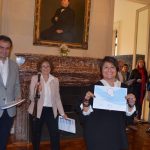 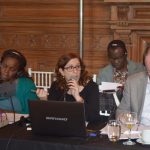 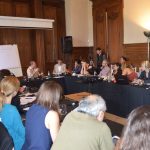 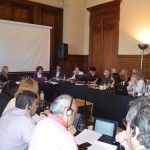 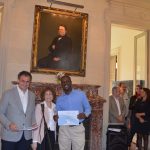