Within the framework of the Third Meeting of the Forum of the Countries of Latin America and the Caribbean on Sustainable Development, held in Santiago de Chile from April 24th to 26th, 2019, the CIPDH-UNESCO organized an event to honor the winning programs of the first edition of the Construir Igualdad award, an initiative to honor and raise awareness about local public policies that stand out for being inclusive and innovative.

Selected from among 31 applications, Mar al Alcance, from the Canelones department in Uruguay, was the winning policy for having implemented a comprehensive accessibility program for people with disabilities and reduced mobility at the beaches of Atlántida. Gustavo Gonzalez, Mayor of Atlántida, received an award plaque from Patricia Tappatá Valdez, Director of the CIPDH-UNESCO. Additionally, the city of Atlántida was declared friendly to local policies of equality and non-discrimination.

Ahead of the awards ceremony, a panel was held to discuss the challenges and results of local and inclusive local public policies of Latin America and the Caribbean. Andrés Borthagaray, President of Fundación Furban; Vera Kiss, Economic Affairs Officer of the Executive Secretariat Office of ECLAC; and Yamandú Orsi, Mayor of Canelones, participated in the panel, which was moderated by Tappatá Valdez.

Tappatá Valdez explained that the Construir Igualdad award is intended “to bring us closer to an idea of equality that goes far beyond a list of attributes (race, language, sex, religion); these cannot be used as criteria to affect rights or limit the access to certain goods.”

Borthagaray was pleased to participate in the award as a member of the jury and highlighted the merits of the winning policies. The Head of Fundación Furban also pointed out the importance of cities and local governments, particularly in Latin America: “We must draw special attention to the role of urban public policies in fighting for inclusion, in the face of a dual and increasingly unequal society in the region.”

In turn, Vera Kiss noted that although the growing phenomenon of migration requires multilateral answers, “the cities themselves must find very specific solutions in terms of housing and services.”

The need for cooperation among municipal areas in order to implement an inclusive policy was pointed out by Yamandú Orsi. In addition, the Mayor highlighted the importance of taking into account age-related disability cases in policies such as Mar al Alcance: “Fortunately, life expectancy is increasing, but this also generates other challenges.”

To conclude, the Director of the UNESCO Office in Montevideo, Lidia Brito, stated: “This award shows that there are wills that come together and that change is possible. That the transforming capacity of cities can be enhanced.”

Before ending the event, Tappatá Valdez announced the second edition of the Construir Igualdad Award, for which a call for applications will be made soon. 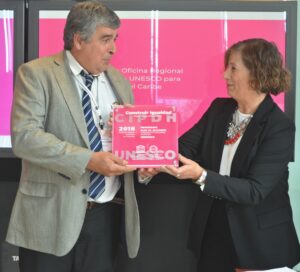 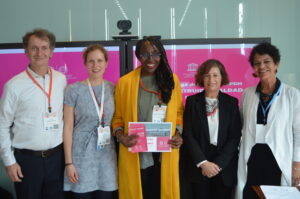 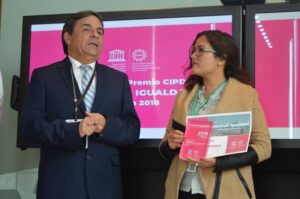