Kamisan commemorates the victims of massive killings between 1965-1966 and the enforced disappearances and murders committed in 1998 in Indonesia. 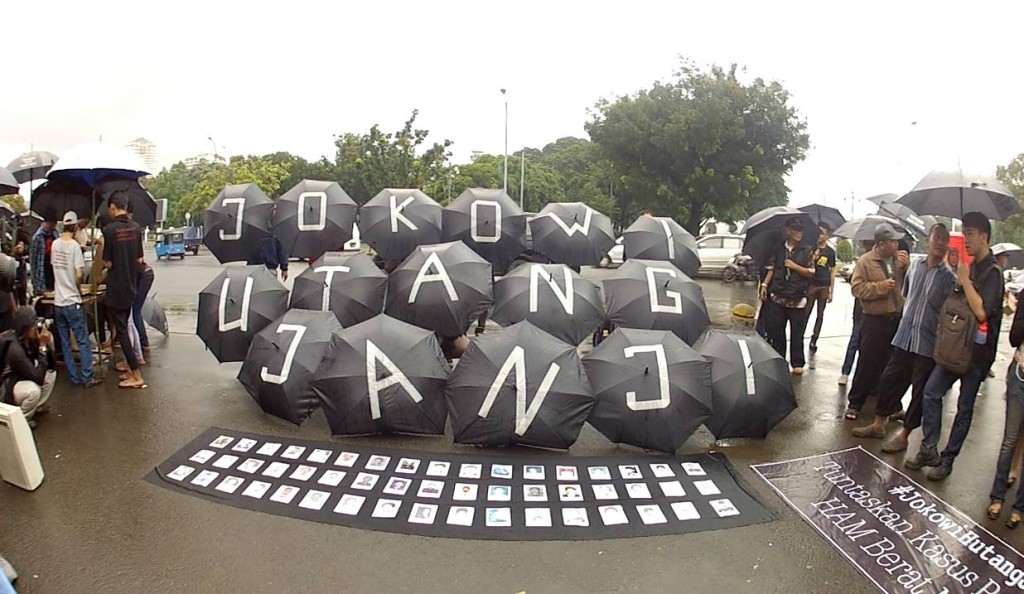 Kamisan is a peaceful demonstration that has been held every Thursday at 4:00 p.m. uninterruptedly since 2007, in the city of Yakarta, capital of Indonesia. For one hour, the relatives of the victims wear black clothes, carry black umbrellas, and stand in silence in front of the Presidential Palace.

Sukarno was the leader of the independence movement and became the first president of the Republic of Indonesia in 1945, after the independence of the archipelago from the Netherlands. His government moved towards increasingly authoritarian forms. In 1956, he suppressed all political parties and, as from 1960, he kept his power based on the constant confrontation between the armed forces and the Communist Party of Indonesia (PKI).

On September 30, 1965, an attempted coup d’etat by members of the PKI was controlled by the army (which received US support) and a violent anti-communist campaign arose. In 1967, Sukarno was succeeded by General Suharto, who established an new regime called “New Order” and led a repressive process that left over five hundred thousand victims in the fight against communism. In 1998, in the middle of a serious economic crisis and corruption scandals, the parliament passed Suharto’s seventh reelection, fact that sparked numerous protests and riots throughout the country, which finally led to his resignation and replacement by his Vice President Jusuf Habibie.

During the time the “New Order” ruled, the military regime spread its version of the facts that led to mass murders. Only thirty days after the failed coup d’etat, the authorities published a book that held the Communist Party responsible for the killings.

By the mid ‘80s, an official propaganda film about the events began to air on television channels.

The collapse of the regime in May 1998 led to a review of the events that took place in the ‘60s. Former political prisoners revealed the experiences and sufferings they had to undergo. Likewise, the fall of General Suharto led to the creation of the National Human Rights Commission in Indonesia. The Commission published a report in 2012 on the crimes against humanity committed between 1965 and 1966, which concluded that there had been a “widespread and systematic massacre” and recommended the creation of an ad hoc Court. Despite the claims and promises made by political leaders, no meaningful measure has been taken to date in order to bring to justice those responsible for the abuses committed in the past.

Kamisan, from Kamis (Thursday), has been held every Thursday since January 18, 2007, outside the Government House. The families of victims of the atrocities committed before, during and after the fall of Suharto in 1998 meet there. Since then, the protest has brought together people related to several cases of human rights violations: mass crimes of 1965-1966, the enforced disappearance of human rights activists in 1997-1998 and, even more recent, cases such as the assassination of activist Munir Said Thalib in 2004. Today, Kamisan has become a symbol of the national struggle against the impunity of the past and the present, with strong participation of young people. Human rights organizations and relatives of the victims carry photographs of the victims and black umbrellas that may have slogans. Umbrellas not only serve to protect from the sun and rain, they also represent the protection and strength of faith. This regular protest has also taken place in other parts of the country.

While Kamisan was initially conceived as a silent protest, nowadays, the demonstration includes the regular reading of declarations, as well as music and other cultural manifestations. Each meeting concludes with the delivery of a letter addressed to the President and a prayer. 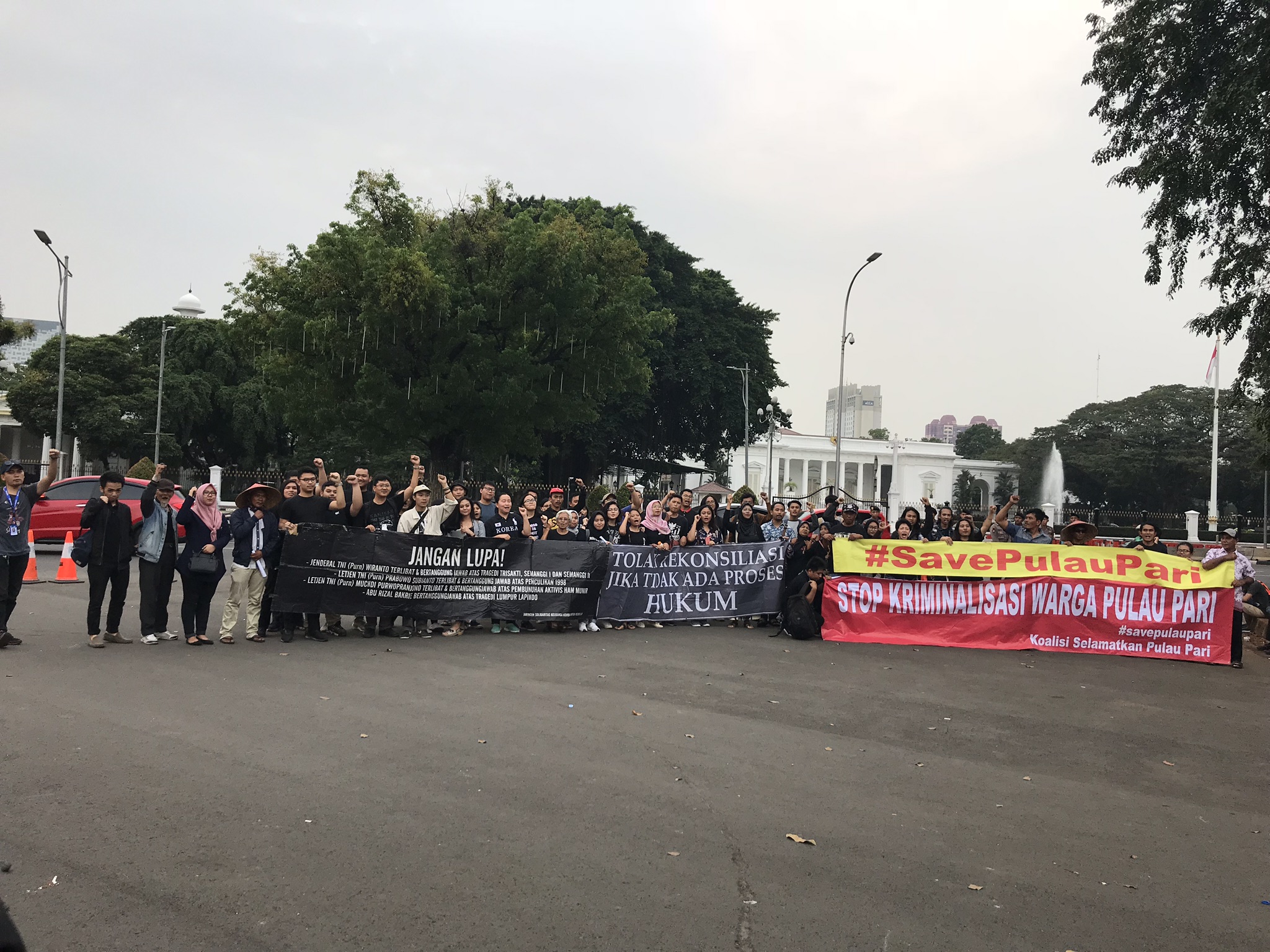 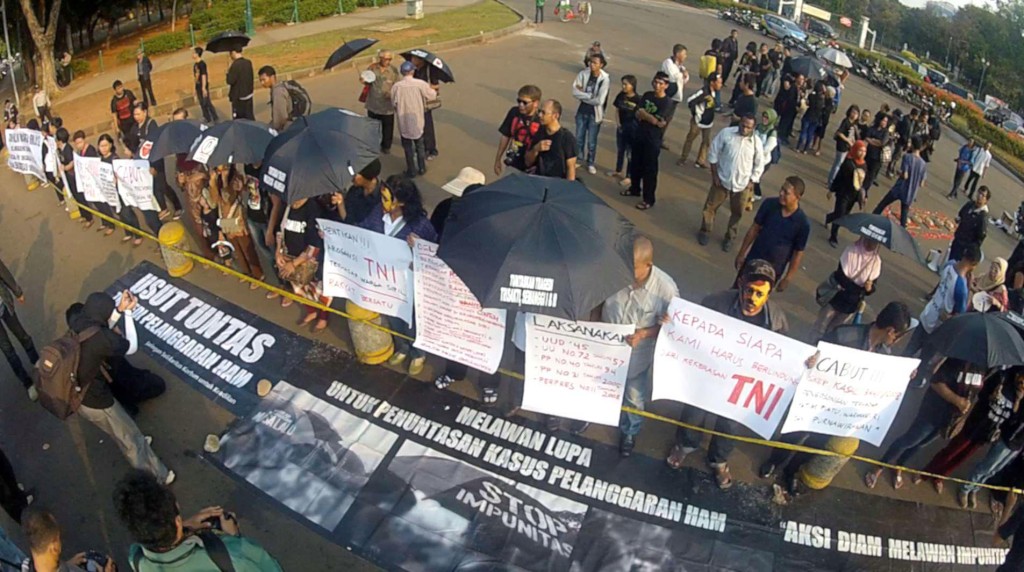 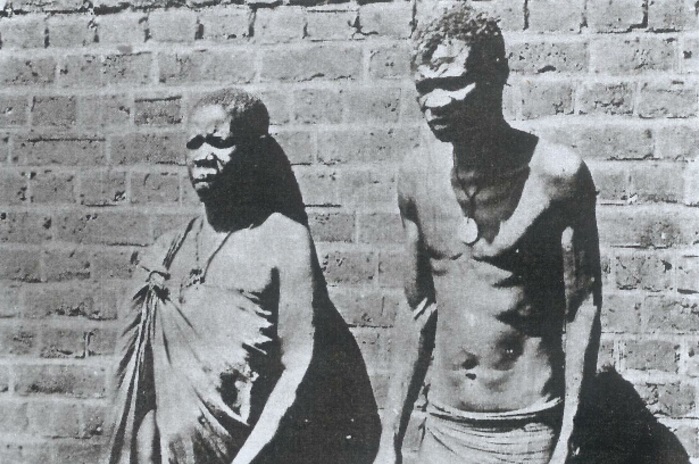