To honor the memory of the victims of the Bleiburg massacre.

The Dobrava Memorial Park is placed in the Dobrava cemetery, located in a wooded area of the Slovenian city of Maribor, near the place where the remains of the persons executed in the Bleiburg massacre were found. That event is also known as the Tezno massacre, which took place at the end of World War II.

The Memorial is composed of a monument and a group of commemorative plaques, which can be accessed through a stone pathway surrounded by trees and wood benches. The major monument is a black marble pyramid which, in its upper end, includes a cube with a cross in its center. The commemorative plaques close to the pyramid narrate in Croatian, Slovenian, English and German the events occurred during the Bleiburg massacre.

In May 15 every year, a commemoration is held in the Dobrava Memorial Park, attended by the victims’ families and officials from the governments of Slovenia and Croatia.

At the beginning of World War II, after the Axis powers defeated the kingdom of Yugoslavia in 1941, the Independent State of Croatia was conformed, including all territories of current Bosnia-Herzegovina and great part of Croatia. It was ruled by the Ustacha fascist organization, characterized by their extreme nationalist ideas and the proscription of any political opposition. During the war, the Government of Croatia stayed military occupied by the Axis countries, first by the Italian troops, and then by the German ones.

Within this context, Josip Broz, a Croatian communist leader later known as Marshal Tito, conformed the National Liberation Army and Partisan Detachments of Yugoslavia, a multinational and multi-ethnic movement whose purpose was to unify the Balkan peoples to give birth to a Yugoslavian communist state. On October 20, 1944 the Partisan forces, in collaboration with the Soviet army, managed to liberate Belgrade, the Serbian capital city, from the German troops.

After the victory of the Allied forces, the Independent State of Croatia dissolved and the Socialist Federal Republic of Yugoslavia was conformed, which was ruled by Marshal Tito and included the territories currently known as Croatia, Serbia, Slovenia, Bosnia-Herzegovina, Macedonia, Montenegro and the autonomous provinces of Kosovo and Vojvodina. The Communists leaders considered that promoting the unification and creation of a “unique Yugoslav culture” was a priority.

After the end of the war, tens of thousands of Slovenian, Croatian, Serbian and Montenegrin soldiers, together with their families and the civil population, started to abandon the region of Slovenia towards the border with Austria, where they surrendered to the Allies on May 15, 1945 upon arrival at the Austrian city of Bleiburg. The British troops rejected the surrender and returned the prisoners to Yugoslavia. As from May 19, most of the prisoners were subject to a mass extrajudicial execution by the Yugoslav Government forces, their dead bodies were buried in a trench that was several kilometers long, and then covered with lime. Survivors were taken to prisoners’ camps in the northern borders of Slovenia, in what was called “the death marches”, where they received neither water nor food, and those who were not able to walk were killed.

The exact number of people executed in this massacre could not be accurately ascertained, but it is estimated that more than 30,000 persons died in what was lately known as the Bleiburg massacre or Tezno massacre, because most executions took place in the district of Tezno.

The events that took place in the Bleiburg massacre were concealed by the communist regime of Yugoslavia, which eliminated the information about the killing and hid and prohibited the access to the mass graves. However, Bleiburg massacre survivors preserved the memories of these events and presented their own version of the facts. In the cities of Rome, Cleveland and Buenos Aires, where the Croatian diaspora was installed, the Bleiburg Tragedy Research Committees were established, gathering hundreds of witnesses’ testimonies and statements. In the Austrian city of Bleiburg, the authorities allowed the arrival of the survivors and their families from Yugoslavia to hold the first commemoration in 1952. A permanent committee for the organization of commemorations was established in Austria the next year. Despite the persecution by Yugoslav secret services, as from 1955 the massacre survivors were allowed to freely access the site where the events happened, and on 1966 they bought a small parcel of land in Bleiburg fields to place a monument.

In 1999, the mass graves where Bleiburg massacre victims lied were found in Slovenia. The finding took place during the building of a highway near the city of Maribor. Other excavations were carried out later, and the police confirmed to have found between 7,000 and 10,000 dead bodies. Finally, the Slovenian Government established the Commission on Concealed Mass Graves in Slovenia for investigating and documenting the remains found in the site. This Commission confirmed nearly 15,000 dead bodies were found during the excavations carried out in the area of Tezno, which represents the most important finding in terms of mass graves achieved in Europe after World War II.

The remains found in the site were buried in Dobrova cemetery, city of Maribor, northeast of Slovenia. Since 2007, the Slovenian Government decided to build a park there, to commemorate the massacre. The Dobrova Memorial Park’s opening ceremony took place on June 20 2012, attended by ambassadors and officials from the governments of the United States, Great Britain, Italy, Russia and France, among other countries.

The Memorial Park has one monument and several commemorative plaques that narrate the events occurred during the massacre in 1945. In May 15 every year, a ceremony to honor the memory of victims is held there. The Croatian Government takes part in this commemoration, and the population usually visits the Memorial Park. On the other hand, the memories of Bleiburg are preserved in other countries, such as Italy, Austria and Argentina, where the Croatian diaspora holds commemorative events on May 15 every year. 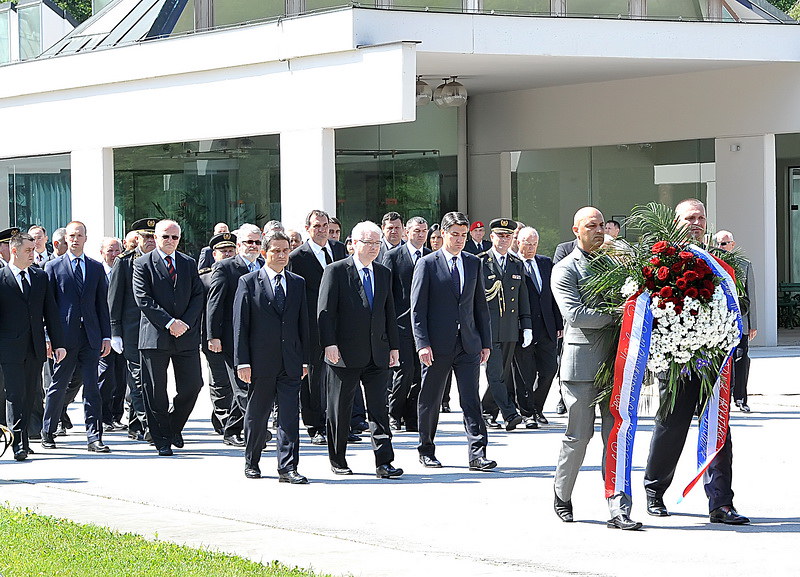 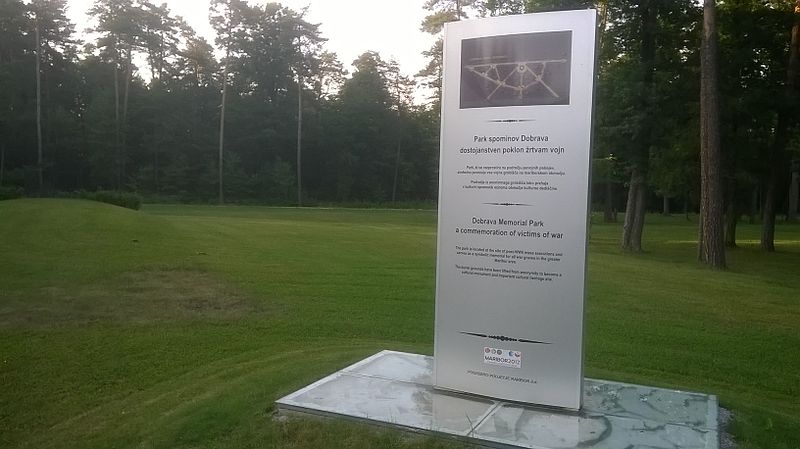 Speech at the opening of the Memorial Park in Maribor. (20.06.2012). Published in Office of the President of the Republic of Slovenia.