2019 Edition of the Thematic Hearings contest before the IACHR-OAS

2019 Edition of the Thematic Hearings contest before the IACHR-OAS

ORGANIZED BY THE CIPDH-UNESCO AND THE INTER-AMERICAN COMMISSION OF HUMAN RIGHTS (IACHR-OAS), THE 2019 EDITION OF THE THEMATIC HEARINGS CONTEST TOOK PLACE.


Almost a hundred students from twenty-one universities and nine countries in the Americas participated in the contest held in the city of Buenos Aires, which recreates the thematic hearings before the IACHR-OAS. The participants were chosen from 41 teams and 35 universities in all.

The Thematic Hearings Contest is a simulation exercise targeted to undergraduate students in the Americas which aim is to make them become acquainted with the reality of the American region in regards to human rights and international protection systems. The  2019 Edition was focused on the  “Violence and Discrimination against LGBTI People” topic.

On 5 September, during the early morning in the classrooms of Universidad de Palermo, the contest was declared open with the authorities’ speeches. The Director of the International Center for the Promotion of Human Rights (CIPDH-UNESCO), Patricia Tappatá Valdez, pointed out the importance of “knowing and being able to work with the tools provided by the Inter American system of human rights, from the roles of both the civil society organizations and the State”. Andrés Morales, specialist from the Social and Human Sciences Sector of UNESCO for Latin America and the Caribbean, has also defined the Inter American system of human rights as a really valuable tool and in this sense praised the CIPDH initiative. Furthermore, he added that UNESCO strongly supports plurality and diversity and asked “to be aware that while we are here, some people’s rights are perhaps being violated due to their sexual orientation”. Next, the President of the CIPDH and Secretary of Human Rights and Cultural Pluralism in Argentina, Claudio Avruj, welcomed the students and explained that “Argentina is a State that strongly defends the Inter American human rights system”.

Following the opening and during the first day session, the first two rounds were held where – just as in the third session held in the morning on Friday 7 – the same contest scheme was kept with the participation of all the teams. Half the teams represented the State positions, whereas the rest of the teams represented those of the civil society: the latter were in charge of submitting claims, problems and arguments in relation to the violation of LGTBI rights in their countries and, and the former were in charge of providing the explanations, public policies, suggestions and solutions as proposed by the States.

On Friday 7 in the afternoon, at the Manuel Belgrano Auditorium of the Argentine Ministry of Foreign Affairs and Worship, the Contest was closed in an event open to the public. The two teams with the cumulative highest scores after the three preliminary rounds, Universidad de Los Andes (Colombia) and Universidade Federal Do Pará (Brasil) competed in the final round. This instance served to show the working capacity, public speaking ability and argumentative skills of the teams, as well as their sufficiency to respond to the considerations and questions made by a jury made up of renowned referents, activists and officials from the human rights field: Pedro Paradiso Sottile (Executive Director of the Lesbian, Gay, Bisexual, Trans and Intersex International Association for Latin America and the Caribbean), Diego Borisonik  (General Director of Comprehensive Policies on Diversity from the Secretariat of Human Rights and Cultural Diversity in Argentina), Mónica Pinto (Member of the ILO Committee of Experts on the Application of Conventions and Recommendations), Flávia Piovesan (Rapporteur on the LGBBTI people’s rights of IACHR-OAS) and  María del Carmen Feijóo (teacher and researcher at Universidad Pedagógica Nacional in Argentina).

REPORT FROM THE LGBTI RAPPORTEUR AT IACHR-OAS

Next, the  new report issued by the LGBTI rapporteur at IACHR-OAS in charge of Commissioner Flávia Piovesan was presented. First, Piovesan expressed her satisfaction for the day sessions and said that she was “hopeful, since in times of hostility, intolerance and hatred, being here is a gift, among these generations that embrace the human rights cause”. She thanked CIPDH-UNESCO for its commitment to promote, jointly with IACHR-OAS, the youths’ participation and to work in issues related to the human rights culture, and then moved on to explain the reasons, contents and capacity of the transforming impact the report may have on strengthening the protection of the LGBTI people’s human rights in the region. In this sense, the IACHR-OAS rapporteur identified three main challenges: to enhance the fight against violence and discrimination in the region, both based on sexual orientation and gender identity; and finally to promote and to foster a cultural change, that is to say, the States’ duty to promote educational policies with the aim of fighting the culture of prejudice and intolerance that prevail in the region.

By the end of the event, awards were given to the winning team, Universidade Federal Do Pará, as well as mentions to the best speakers: Fabiana Martina Casali Aravena, from Pontificia Universidad Católica de Valparaíso (Chile) and Manuel Alejandro Angulo González, from Universidad Santiago de Cali (Colombia). All the members of the jury highlighted the excellence of both the winner and Universidad de Los Andes, the other finalist, and of all the participating teams as well. Finally, Paulo Abrão, Executive Secretary of IACHR-OAS, and Patricia Tappatá Valdez, Director of CIPDH-UNESCO, expressed their gratitude for the work done during both day sessions. Abrão praised the youths’ participation and emphasized that “the participation of so many universities shows that there was a demand, and this is the reason why this initiative is brilliant.”

Apart from sharing the joy caused by the quality of the participants, members of the jury and guests, the CIPDH would like to express its gratitude for the cooperation of all who helped in the successful development of the Contest and to recognize the efforts and good will of the attendees coming from abroad as well as those coming from the interior regions of Argentina: we hope to meet you again in our next edition. 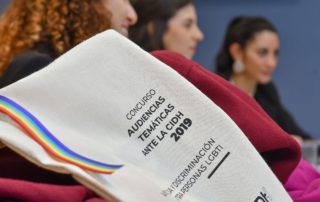 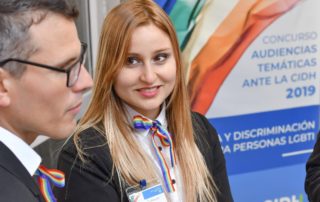 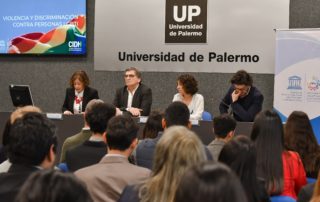 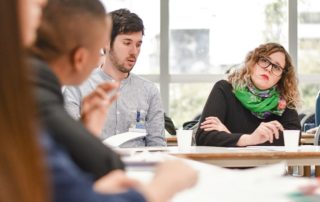 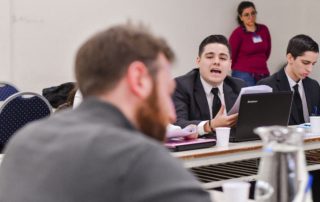 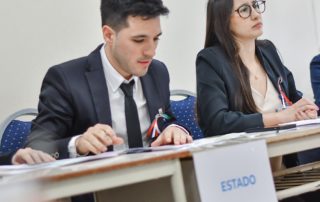 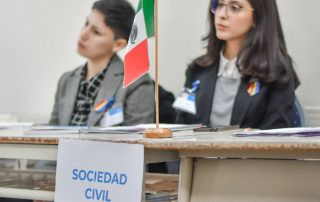 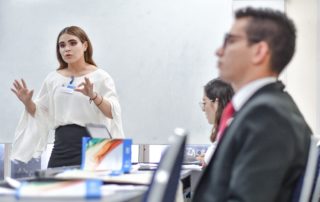 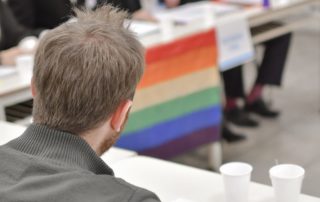 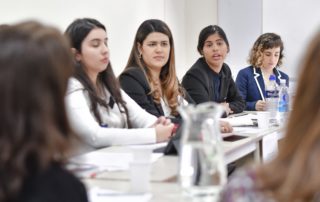 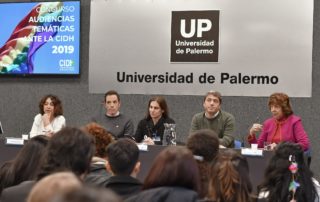 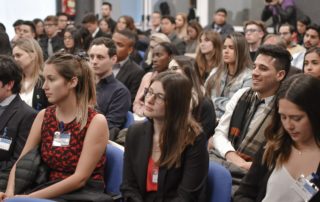 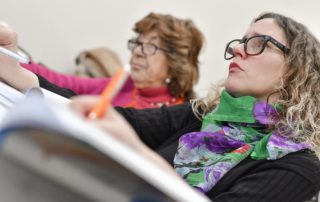 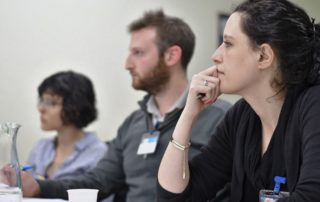 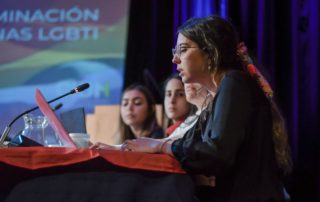 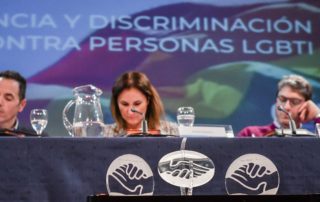 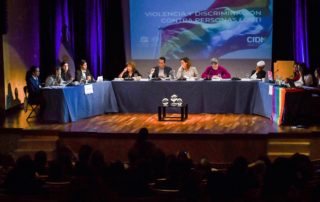 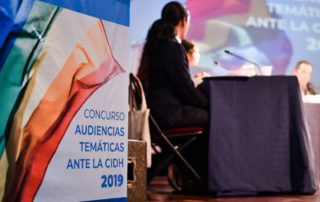 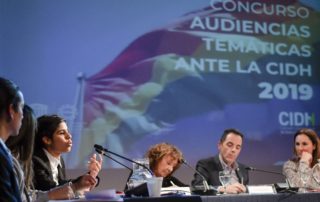 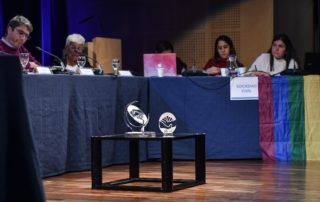 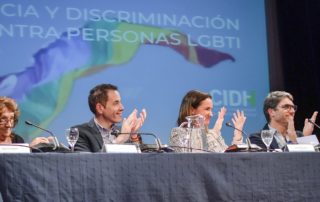 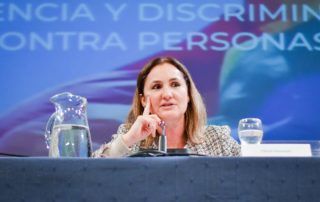 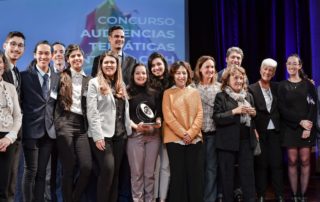 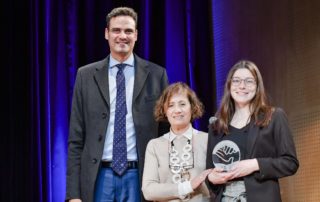 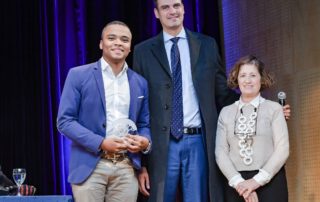 PARTICIPATING UNIVERSITIES IN THE 2019 EDITION