International Course on Human Rights 2019: analyzing the relationship between Development and Human Rights

International Course on Human Rights 2019: analyzing the relationship between Development and Human Rights

On Friday, September 27, the third edition of CIPDH-UNESCO’S week-long International Course on Human Rights concluded. This year the central theme was “Development and Human Rights: friends or foes?”

For this year’s edition, more than 480 applications were received from 65 countries and 36 students from 26 nations were selected based on their experience and links to human rights issues, with the aim of ensuring gender diversity, geographical representation and / or institutional membership in the participants’ group.

The Course was inaugurated with the keynote speech of the Colombian professor Rodrigo Uprimny Yepes, entitled “Human Rights and Development: tensions and complementarities.” The lecture took place on Monday, September 23 at the University of Palermo Auditorium, in the City of Buenos Aires.

As in previous editions, the rest of the course was held at the Villa Ocampo Observatory – former residence of the Argentine writer Victoria Ocampo, who later donated it to UNESCO – with classes and modules by academics and career specialists in International human rights.

Between Tuesday 24 and Friday 27 September, the course offered discussion panels, specific classes, simulation exercises and fundamentally a space for debate, learning and exchange of opinions and knowledge between students and between them and the speakers. Due to the form and space in which the Course took place, dedication to the contents is exclusive and intensive, allowing immersion in the discussions, sessions and materials in an environment that enhances the closeness with specialists. The cultural and interdisciplinary diversity of the participants was also one of the most stimulating drivers of the conversations.

At the end of the course, a tour was made through one of the most emblematic places for commemoration of the serious human rights violations that occurred in Argentina during its last civic-military dictatorship, the Memory and Human Rights Space on the site where the Army Mechanics School used to stand.

More information about the 2019 edition of the course, the contents of the sessions and speakers who participated, in this link. 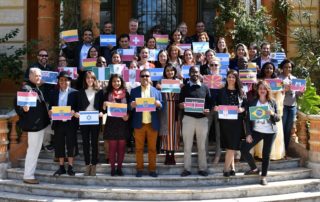 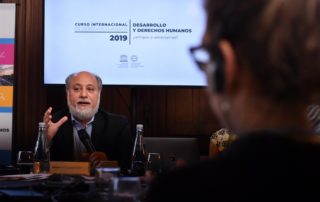 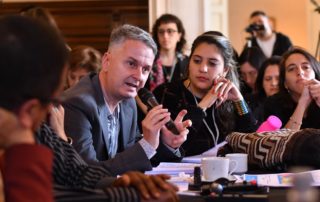 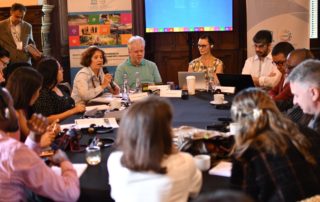 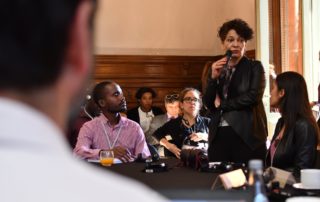 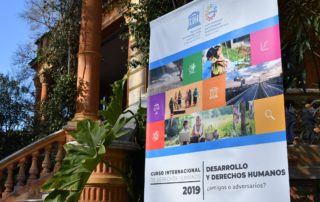 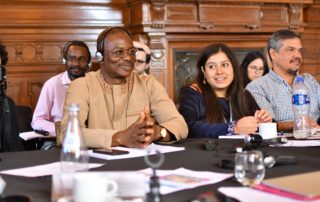 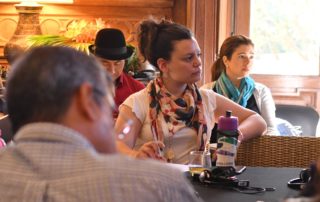 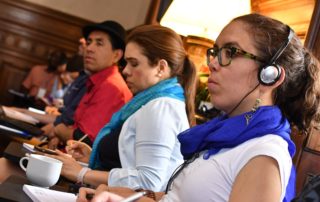 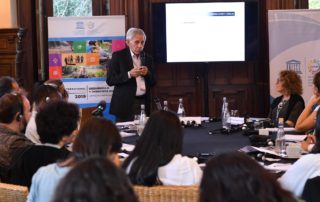 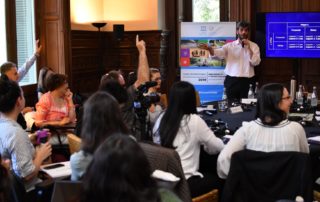 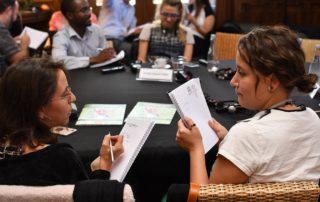 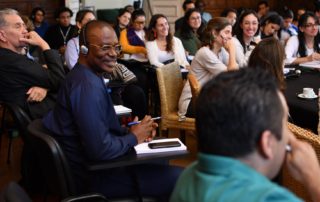 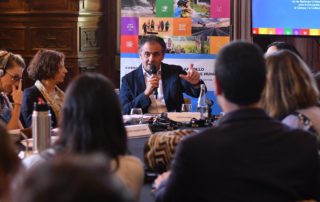 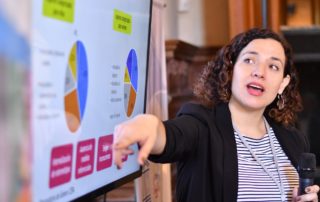