17 October – International Day for the Eradication of Poverty

17 October – International Day for the Eradication of Poverty

In 1992, the UN General Assembly declared October 17 as the International Day for the Eradication of Poverty (Resolution 47/196). It becomes especially important this year due to the 70th anniversary of the Universal Declaration of Human Rights (UDHR), especially within the framework of the 2030 Agenda, whose motto is “leaving no one behind”.

Based on the indicators of growing poverty in the world, the United Nations set the first Sustainable Development Goal of its 2030 Agenda:  “End of Poverty.” It states that in order to achieve the goal of ending poverty, “economic growth must be inclusive and aimed at creating sustainable jobs and promoting equality.” One of the most specific and ambitious goals of this Agenda is to reduce by half the number of poor people worldwide by 2030.

The commemoration is preceded by the call of French priest Joseph Wresinski to declare this day as the World Day for the Overcoming of Extreme Poverty. Wresinski, founder and referent of the international movement ATD Fourth World (All Together in Dignity), was one of the promoters of a concept that relates this issue directly with human rights.

On a day like today but in 1987, he called for a citizen mobilization to claim for policies promoting the eradication of poverty in the Parisian square Trocadero, the same where the UDHR had been proclaimed. Before a hundred thousand people, he closed the gathering by placing a commemorative stone with the following reading:

“Wherever men and women are condemned to live in extreme poverty, human rights are violated. To come together to ensure that these rights be respected is our solemn duty.” 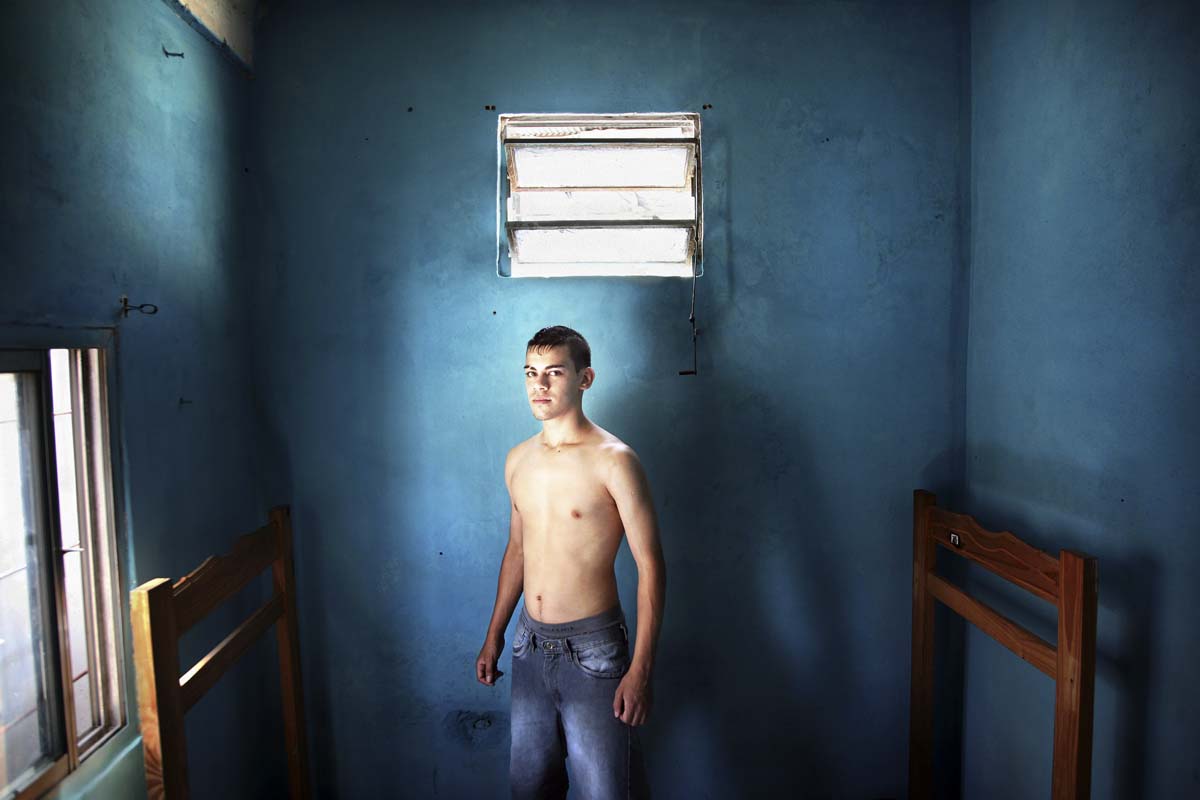 Five years later, the United Nations made the date official with the objective of raising awareness among public opinion, especially the different governments worldwide. Since then, the UN promotes actions from a concept that understands poverty as a multidimensional issue affecting human rights, where not only socioeconomic but also symbolic factors are included, thus resulting in multiple and interconnected violations of civil, political, economic, social and cultural rights.

This type of approach is considered in the Multidimensional Poverty Index prepared by the United Nations Development Program (PNUD) together with the OPHI (Oxford Poverty & Human Development Initiative), whose report revealed that in September 2018, 1300 million people worldwide (one-quarter of population), of which half are under the age of 18, live in poverty. In 35 countries, half of the child population is poor and 83% of people living in multidimensional poverty live in sub-Saharan Africa and South Asia. 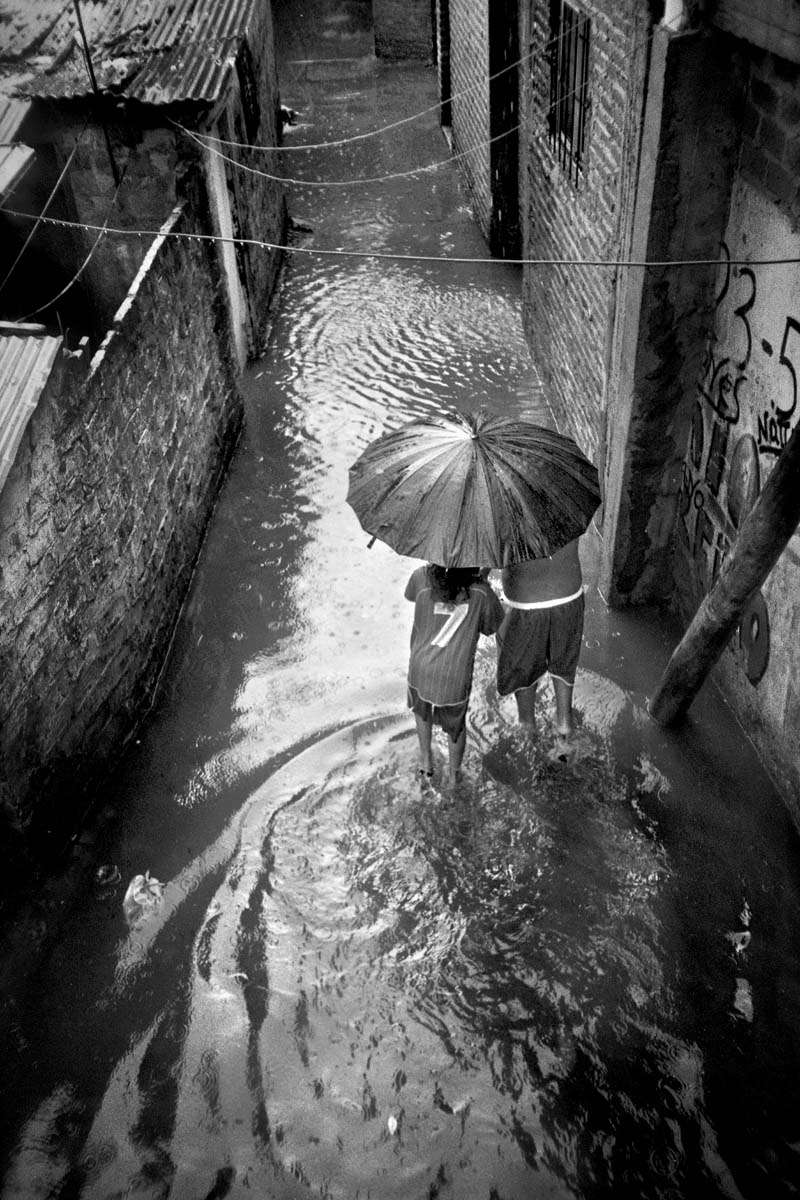 Based on the indicators of growing poverty in the world, the United Nations set the first Sustainable Development Goal of its 2030 Agenda:  “End of Poverty.” It states that in order to achieve the goal of ending poverty, “economic growth must be inclusive and aimed at creating sustainable jobs and promoting equality.” One of the most specific and ambitious goals of this Agenda is to reduce by half the number of poor people worldwide by 2030.

In December 2010, tens of families living in the City of Buenos Aires under extreme poverty conditions decided to occupy public lands in Villa Soldati, Buenos Aires, in what later became known as the occupation of Parque Indoamericano. A large coordinated police action was deployed to evict the place and caused, as a result of repression, the deaths of Rossemary Chura Puña and Bernardo Salgueiro, in addition to serious injuries to five other people. The incident caught the attention of the public with great impact in all the Argentine media.

A stigmatizing look of the media fell on the people who participated in the land occupation and on the neighbors of the area. They were described as violent and their claim for housing did not appear in the news. Young photographer Nahuel Alonso, who lived near Parque Indoamericano, decided to portray from a different perspective the reality of Ciudad Oculta, a poor settlement located in Villa Lugano, Buenos Aires, near Parque Indoamericano. 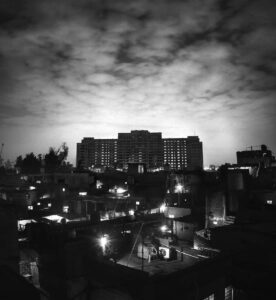 The first step was to photograph their neighborhood during Christmas that year, days after the land occupation. Then, he followed with different moments and events such as baptisms or birthday celebrations. For years he worked in a photographic production called “Ciudad Oculta” (Hidden City) where he showed from an intimate perspective the daily life of a community living and surviving in a “villa miseria” (a name popularly given to slums in Argentina) but working every day to overcome these conditions.

“This work was inspired by the land occupation of Parque Indoamericano and the stigmatization on slums by many mass media. At first it was a documentary essay on 2010 Christmas but with time it became something different. There was a moment when I felt there were too many pictures with the same narrative intention. I had seen and still see a lot of newspaper pictures that, for a matter of immediacy, do not go deep in or empathize with the real life of people living in slums, even less with the poetic beauty that may be appreciated without judging and quietly,” explained Alfonso in an interview with Centro Cultural de la Memoria Haroldo Conti, where those photos were shown in the “Ciudad Oculta” exhibition (some of the photos are included in this article).

Poverty has a face in these photos. It becomes real in people demanding their dignity and the identity that they build on a daily basis.