“There is no way for peace, peace is the way.”
Mahatma Gandhi

In 1981, the United Nations General Assembly set September 21 as the International Day of Peace. The world has changed a lot since then, but peace still remains as one of the essential claims of societies. According to the Escola de Cultura de Pau in Barcelona, during 2017 there were 33 armed conflicts worldwide that resulted in people killed and millions of people displaced. The situation is so urgent that the UN has proposed the “Right to Peace” as theme for this anniversary. 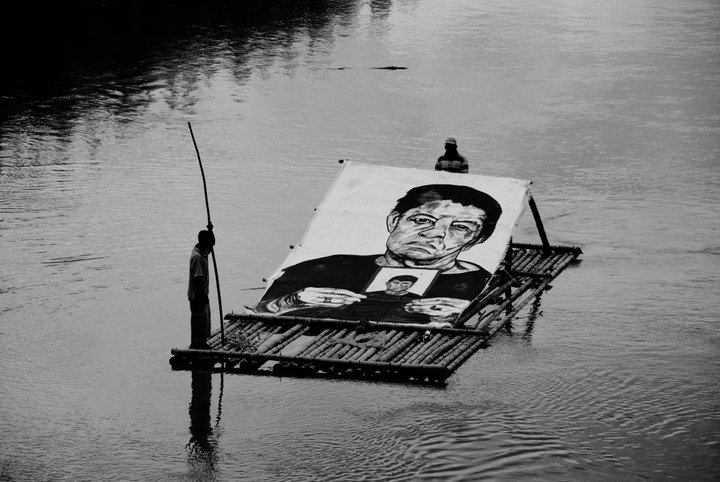 Peace is part of the Sustainable Development Goals (SDG), adopted in 2015 by the countries members of the United Nations. The SDG 16 states that “without peace, stability, human rights and effective governance, based on the rule of law, we cannot achieve sustainable development.” It is difficult to think that societies may develop if, in the world every minute, twenty people are displaced because of a conflict or persecution.

In the world, every minute, twenty people are displaced because of a conflict or persecution.

Also, it is clear that high levels of armed violence and insecurity threaten the development of peaceful and inclusive societies. One of the main victims of armed conflicts are girls and boys of primary school age. An estimated 28.5 million children are unable to attend school in conflict zones.

Colombia and the Development of Its Historic Peace Process

Colombia is experiencing one of the deepest peace processes which acts as an example worldwide. In 2016, the Colombian government signed peace agreements with the Fuerzas Armadas Revolucionarias de Colombia (FARC), the main active guerrilla. Said agreements put an end to over fifty years of internal war and political violence that left 262,197 people killed, according to the Centro Nacional de Memoria Histórica (CNMH) of that country.

The peace agreement has been supported by most countries, international organizations and religious authorities such as Pope Francis. Even Colombian President Juan Manuel Santos, who strongly urged that an agreement be reached, was awarded the 2016 Nobel Prize for “his efforts to end the civil war.” The Nobel Committee also stated that the award should be considered a tribute to the Colombian people and the countless victims. 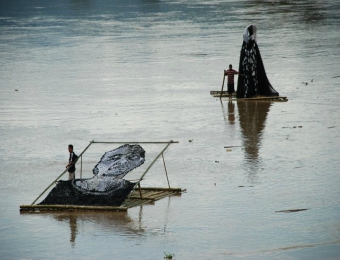 The consequences of the conflict are shocking. According to CNMH, 215,005 civilians were killed, 15,687 were victims of sexual violence and 17,804 minors under the age of 18 were recruited to fight. One of the most terrible crimes was the forced disappearance of people. A total number of 80,514 people were registered as missing, 70,587 of whom still have an unknown fate.

The agreement included a wide variety of aspects that account for the complexity of the conflict. Among the issues agreed upon were the disarmament of the guerrillas, the creation of a special justice system to judge the crimes committed, compensation for the victims and the protection of human rights defenders.

Colombia put an end to over fifty years of internal war and political violence that left 262,197 people killed, according to the Centro Nacional de Memoria Histórica (CNMH) of that country.

Although there are still many pending issues to correct, the agreement has improved the country’s situation. Only in the first year the number of displaced people was reduced by almost half. While in 2016 there were 91,045 displaced people, in 2017 there were 48,335. According to the Conflict Analysis Resource Center (CERAC), the peace process prevented, at least, the killing of 2,796 people. According to the same entity, out of 867 fights that were registered with FARC clusters in 2007, the figure dropped to 106 in 2015 and 13 in 2016.

Cauca River is located in western Colombia. Its impressive water flow crosses 22,140 square kilometers and borders the towns of Chocó, Quindío, Risaralda, Tolima, Cauca and the Pacific Ocean. Almost four and a half million people live next to its shores. Those who visited the river say that its beauty is unforgettable. Many would not suspect that thousands of victims of the armed conflict that destroyed the South American country were thrown to those waters for decades. 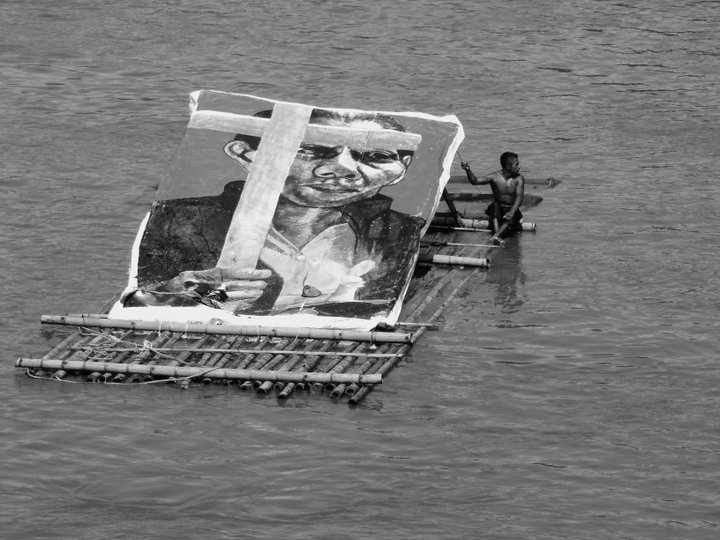 In 2008, the “Magdalenas del Cauca” project started. This project is an artistic intervention in the river aimed to honor the victims of this terrible war practice. Together with the participation of the victims’ relatives, artists Gabriel Posada and Yordaly Ruiz built rafts with large scale portraits of the missing people, that float along the course of the same river where they were thrown.

Each raft is a Magdalena and the name comes from a historical image in local folklore: widows who tell their own story. While floating along the Cauca River, they make those people who went missing, but who are still being looked for, visible. The image goes along communities that had similar victims. It is also an opportunity to portray with photographs the missing people and to share the shocking stories of a painful war.

“The work was born in the imagination of a child who went fishing in the Cauca River with his father at the beginning of the 70s and saw dead people flowing along its course under no one’s care. The child grew up, became an artist and almost 40 years later, he managed to make those rafts that in his imagination had the pictures of women with the photos of their children, looking for them along the river course,” told Yorlady Ruiz to the CIPDH.

The “Magdalenas del Cauca” project is an artistic intervention in the river aimed to honor the victims of this terrible war practice.

Each Magdalena, represented in each raft, begins its course along the river together with its creators from the department of Valle to the departments of Risaralda and Caldas, where navigable areas are reduced and the work is abandoned at the point where rapids begin. There, they are waved goodbye in the horizon with a long prayer into the void.

To date, nineteen Magdalenas have been made. What was born as a project of two artists has become a collective work. Relatives, friends and villagers have participated in the project. It has also been and still is an experience that enriches the collective memory of the place. Although for Ruiz, the meaning of the work has not changed as from the ongoing peace process, “what has happened is that the different places where the experience has been shared have let us understand the processes of mourning and symbolic experience that art brings in the cases of forced disappearance of people.” Likewise, continued Ruiz, “the work has contributed to the peace process with this crucial political act, which, long before being officially signed, had already developed in hundreds of Colombians who seek different ways even when honoring those who are no longer with us.”