He is an academic juror, a prominent figure of institutions and a researcher specialized in urban planning matters.

He is an architect, graduated from the University of Buenos Aires (UBA), and holder of a Public Administration International Diploma issued by l’ École Nationale d’Administration (France, 1991). He has professional and academic experience in several public and private institutions, as well as in NGOs. His area of expertise covers both the exercise and reflection over city governments, specially in urban mobility matters. Since 2008, he has been serving as Latin America Director at Institut pour la Ville en Mouvement and, from 2005 to 2012, he was a member of the Scientific and Advisory Council in such institution. From 1996 to 2014 , he held the following positions in the Government of the City of Buenos Aires: Undersecretary of Decentralization, Undersecretary of Strategic Plan Coordination, Undersecretary of Transport and Transit and Executive Director of the Strategic Planning Council. He is also the President of Fundación Urbanismo (Furban).

He is a juror and member of the UNESCO Regional Office for Latin America and the Caribbean.

He is a lawyer and journalist from the Universidad de los Andes in Colombia and holder of a Master’s degree in Social Policies and Development from the London School of Economics. He has worked in human rights and inclusive policies issues, has given lectures in thematic hearings of the IACHR, and has gained experience in litigation before the Interamerican System of Human Rights, specially as regards free speech and sexual violence matters.

She is an academic juror, a prominent figure of institutions and a researcher specialized in non-discrimination matters.

She is a sociologist from the University of Bueno Aires (1967) and holder of a Master’s degree from FLACSO Argentina. She was a researcher at CONICET, head professor at the University of Buenos Aires and University of Quilmes, Tinker Professor at Columbia University in New York. She served as a consultant for several international organizations, she created the UNFPA office in Argentina (2003), she was an Officer of the Ford Foundation Educational Program for Latin America and she coordinated the Red-Etis network (network on education, work and social integration) at the IIPE-UNESCO office for Latin America. Se held different public offices; she was the Executive Secretary of the National Council of Social Policies of the National Presidency between 2002 and 2003, among others. She was also appointed representative for National Constitution Reform. At present, she is a research professor at Universidad Pedagógica Nacional. 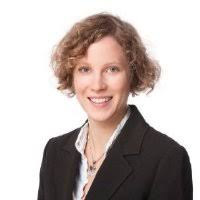 Economic Affairs Officer of the Executive Secretariat of ECLAC in Santiago de Chile, in charge of project coordination and inter-divisional work under an urban approach. Formerly, she held a position at the Sustainable Development and Human Settlement Division in such institution and coordinated the ECLAC participation in the preparations of Hábitat III. Before this position at ECLAC, she worked in several civil and international organizations in Mexico, Austria, Brazil and Portugal, mainly in social development-related issues. She has also gained experience in the private sector in London (England), where she worked for a strategic planning consultancy firm serving both customers in the public sector and companies from different sectors. She holds a MPhil degree from Cambridge University and a BA degree from Princeton University. 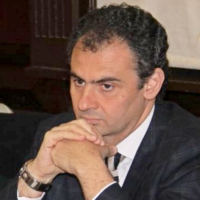 He is an academic juror, a prominent figure of institutions and a researcher specialized in non-discrimination matters.

He is a lawyer from the University of Buenos Aires (1990) and holder of a Master’s degree in Law from Yale University (LLM 1995) and a PhD in Law from the same university (JSD 2011). He was dean at the University of Palermo (UP) Law School. He is currently in charge of the Center for Postgraduate Studies of the aforementioned School. He was the Co-founder and Executive Director of the Argentine Civil Rights Association (ADC) (2001-2009) and the Executive Director of the Fundación Poder Ciudadano (Citizen Power Foundation), Argentine Chapter of International Transparency (1995-1998). He has been teaching Constitutional Law and Human Rights at the University of Buenos Aires and University of Palermo (Argentina) since 1997. 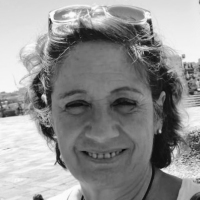 She is a juror and member of the CIPDH-UNESCO.

She has worked for the defense of human rights in Peru, El Salvador y Argentina. She was the Director of the Truth Commission for El Salvador (UN, 1992) and Memoria Abierta since its creation until 2012. She has been part of the boards of directors and advisory committees in institutions for the defense of human rights in many countries. She was one of the founders of the International Coalition of Sites of Conscience. She became a civil servant in 2012. Since 2017, she is the head of the International Center for the Promotion of Human Rights (UNESCO) in Buenos Aires. She is a professor of the Master’s Course in International Human Rights Law (Law School, University of Buenos Aires).