To remember the events of the Nigerian civil war and the harm and injuries suffered by the victims. 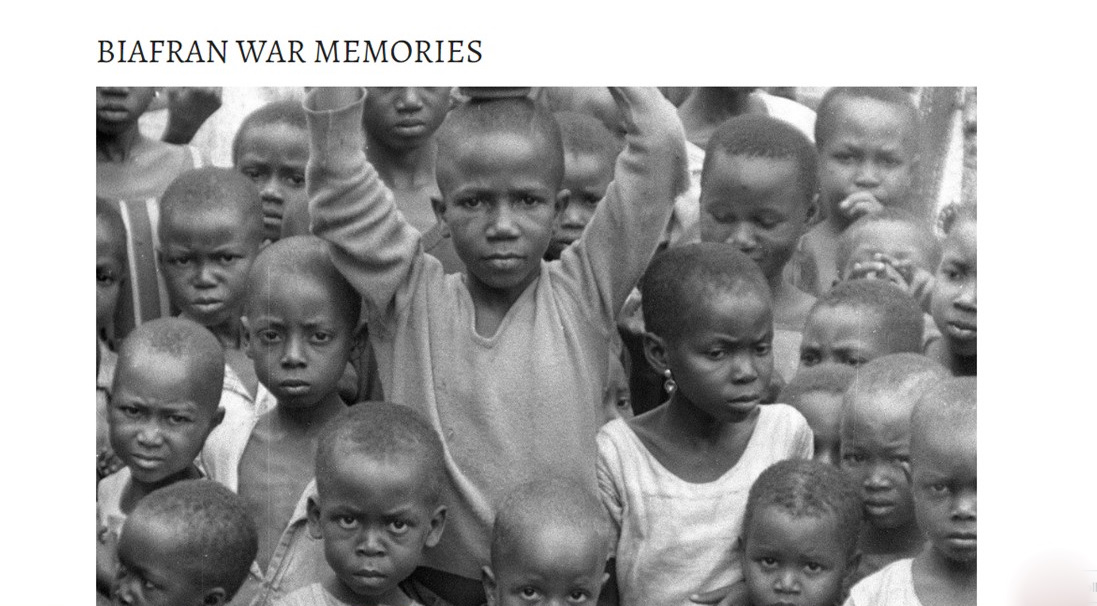 Biafran War Memories is a digital archive of first-hand accounts of the 1967-1970 Nigerian Civil War, also known as Biafran war. It tells the personal stories of people and families who lived through such war. In this permanently updated virtual archive, stories are presented in the form of transcripts of interviews and video excerpts recorded with each speaker. Furthermore, the blog publishes bibliographic references and newspaper articles.

Nigeria was established as single colony by the United Kingdom in 1912. In 1960, it was officially declared as independent country, with the current borders and with a federal system, but it was still marked by a strong internal fragmentation.

Hundreds of groups had to live together in this territory within the externally established borders. Although there are more than 500 languages in the country and around 250 ethnic groups, the Nigerian society is divided into four main groups: the Hausa, the Fulani, the Yoruba and the Igbo people. In turn, the largest oil reserves are in the south of the country.

The Nigerian Civil War, also known as the Biafra War (July 6, 1967 through January 13, 1970), was a political-ethnic armed conflict caused by the attempted secession of the provinces of the south east of Nigeria, mostly populated by Igbo people, under the name of Biafra Republic.

The war lasted two and a half years, and included the support of powers and superpowers to the two warring sides, with arms shipping from France, South Africa and Portugal to the rebels of the south, and support of the USSR and Great Britain to the federal government. Most African governments also supported the latter.

It is estimated that between 500,000 and 2,000,000 people died, mostly of starvation. When this conflict became visible overseas due to the images shown by the media, the international public opinion was shaken and the great need of humanitarian assistance was exposed. This situation was one of the great incentives for the creation of Médecins Sans Frontières (Doctors Without Borders [MSF]) in December 1971, almost two years after the end of the civil war, by a group of health professionals who did not agree with the way in which actions were taken on site.

With the end of the Nigerian Civil War (1967-1970), the military government proclaimed a situation of “neither winner nor defeated” that was followed by a “Reconciliation, Rehabilitation and Reconstruction” policy, a period that sought to prevent retaliation against the Igbo people and during which programs were launched to reincorporate secessionists to Nigeria. However, the old ethnic and religious tensions have kept on being typical of the Nigerian political life until today. The remembrance policies of the Nigerian State willingly overshadowed the memory of the civil war; that is the reason why the Armed Forces Memorial day is observed in the anniversary of the end of the Biafra War.

The publication of several fiction books and autobiographical works set in the civil war that narrate the conflict started to shed some light on the events, thus replacing the lack of official source data and telling individual experiences from different perspectives. Authors such as Chimamanda Ngozi Adichie and Buchi Emecheta have even specified that the purpose of their novels is for the war to be remembered.

Biafran War Memories is a blog based on the initiative of Chika Oduah (Chikaodinaka Sandra Oduah), a Nigerian-American journalist. According to her statements, based on her personal story and the narrative of her relatives, she noticed that the story of the war had been repressed. For that reason, since 2016, she started interviewing people who remember the conflict, creating this virtual archive permanently nurtured by new testimonies. Each story has a title with a phrase from the account that tells the atrocities lived. Also, the term Biafran War Memories became a kind of signifier that serves as slogan and claim to remember the conflict.

Since then, a number of civil society initiatives remember the Nigerian Civil War. In the context of the 50th anniversary of the beginning of the conflict, between 2017 and 2020, articles and lectures were published in academic environments, both in Nigeria and in other parts of the world, without the State holding any commemoration.

In the city of Enugu, former capital city of the Biafra Republic, the Center for Memories (a space hosting a museum and a library) inaugurated in December 2017 with the purpose of preserving the Igbo culture. In this context, different activities are carried out in relation to the Biafra war, such as exhibitions and projection of documentaries. 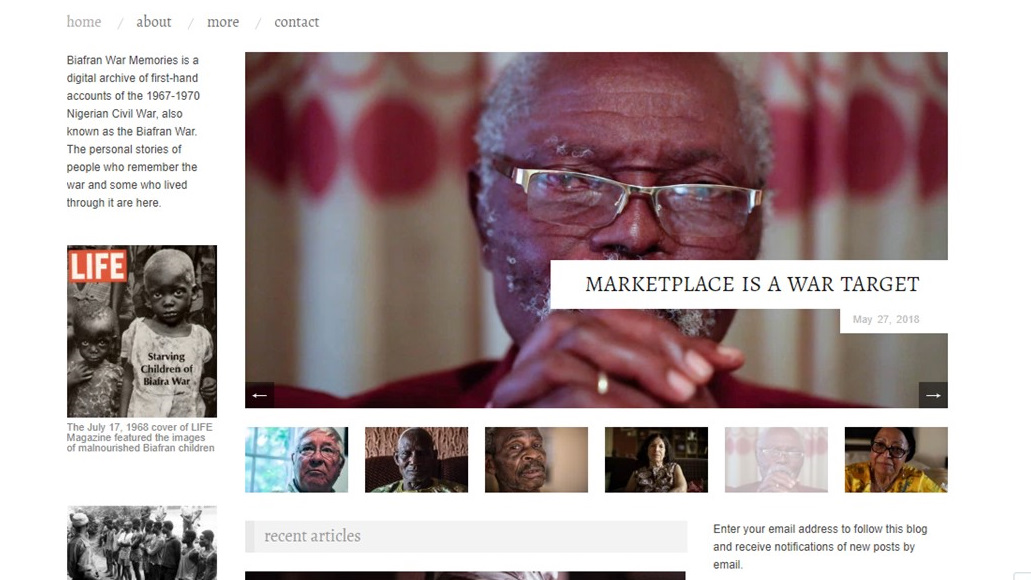 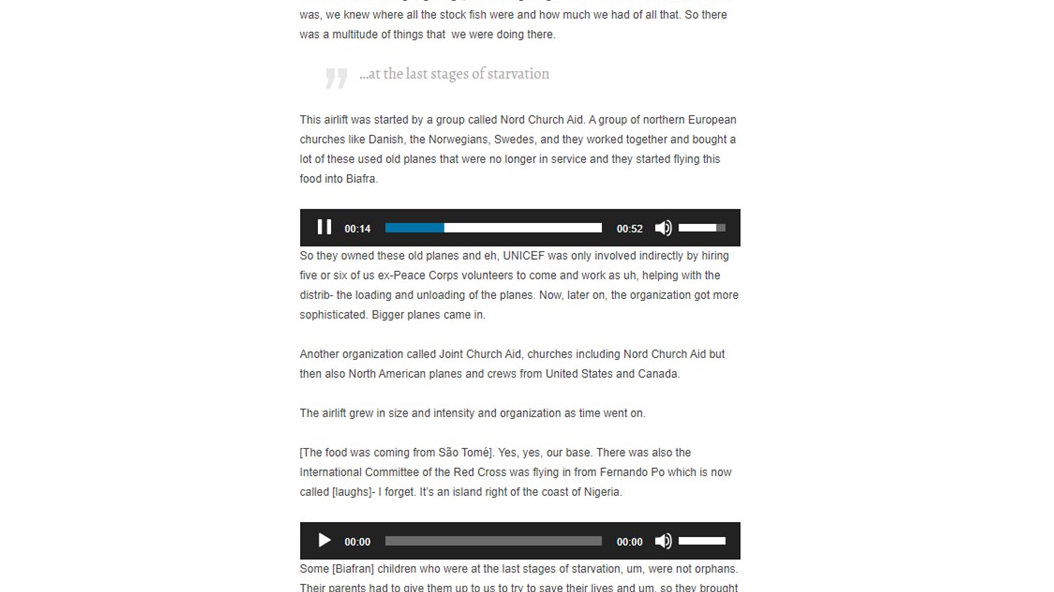 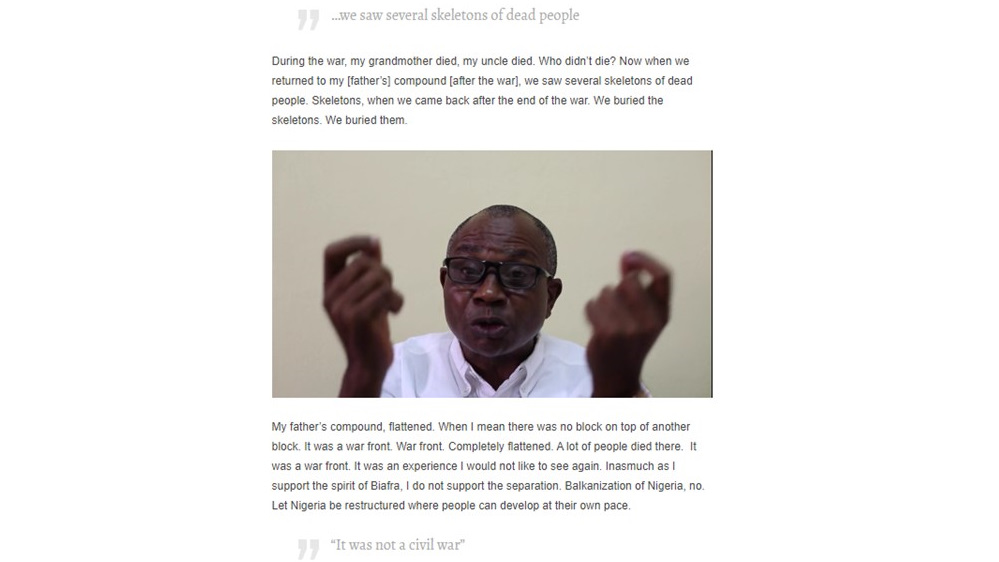 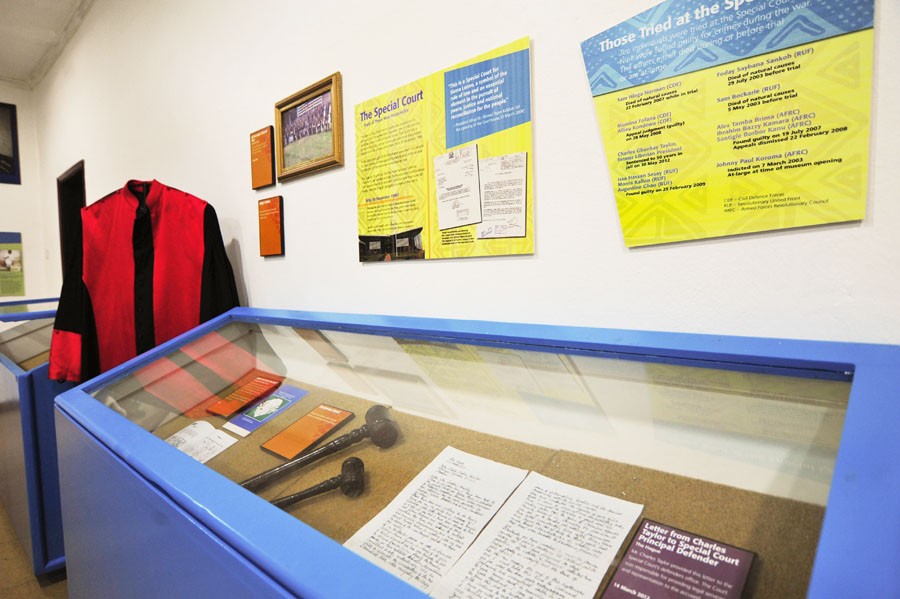 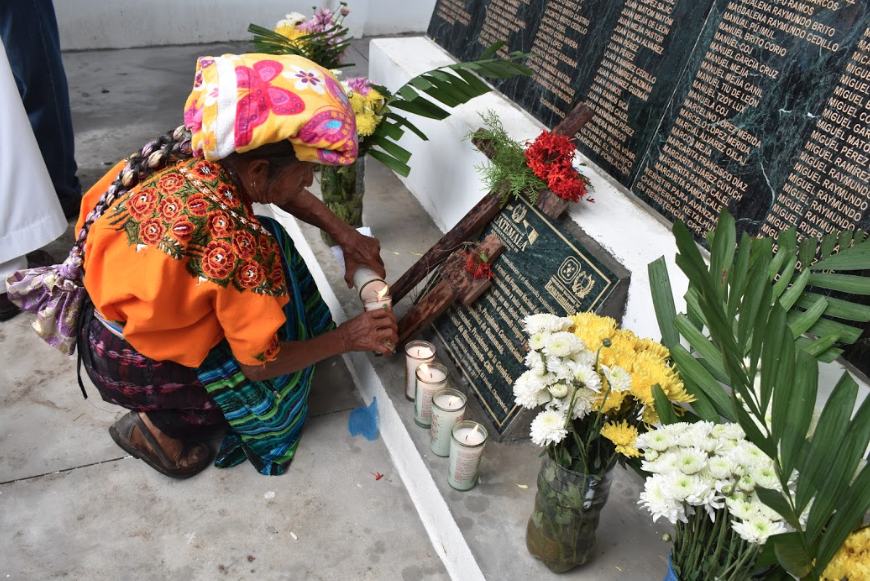 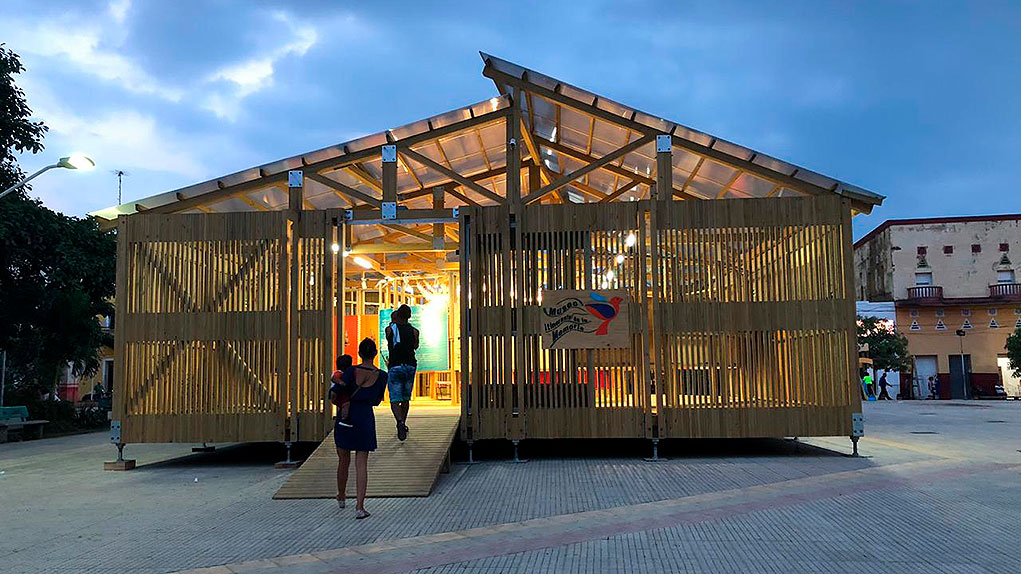 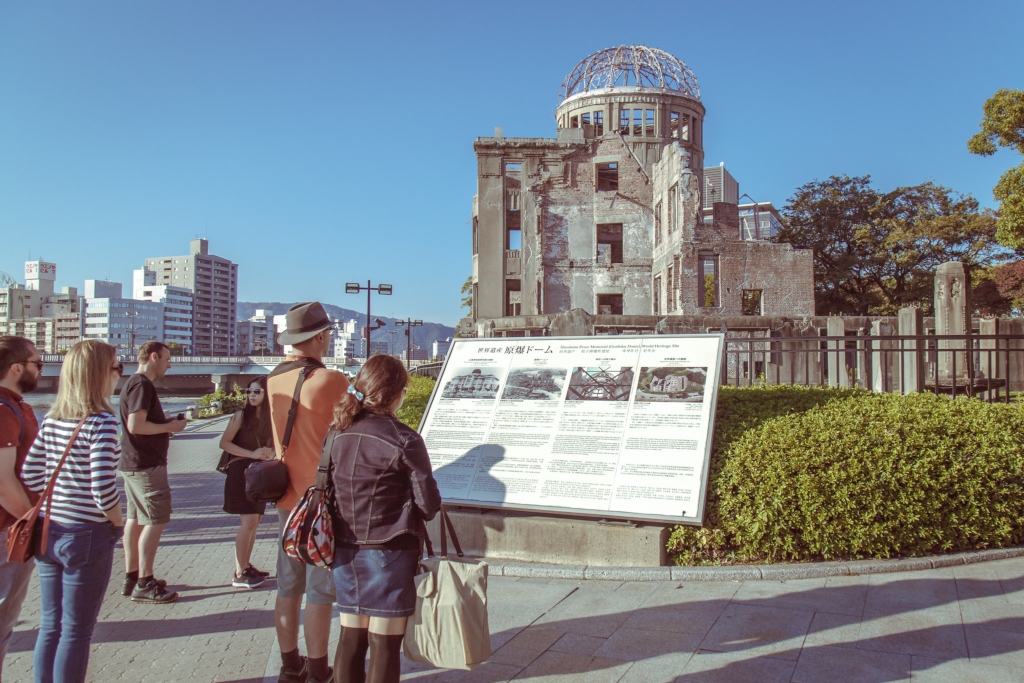